TikTok has quickly become the biggest thing in social media, but you certainly can’t take everything said there for truth. One viral claim recently suggested that comedian Dave Chappelle and rapper Busta Rhymes were the namesakes behind Dave & Buster’s. 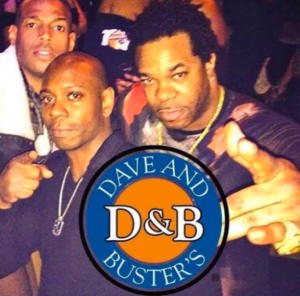 Snopes dismissed the claim, humorously saying “Dave Chappelle and Busta Rhymes may or may not have stepped inside a Dave & Buster’s before, at which point someone may have inevitably made this rather weak joke.”

They also corrected the claim, noting that the chain was indeed founded by duo David Corriveau and James “Buster” Corley.