Trending
You are at:Home»Current Issue»COLUMNISTS»Q&A with AMOA – July 2017 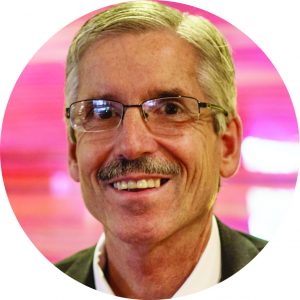 AMOA Topper Talks About His Role as Prexy; Update on Operation Choke Point

Q: While you’re busy jumping from state meeting to state meeting, can you pause a moment to reflect on the early days of your term as AMOA president? Can you also update readers on AMOA’s efforts to protect operators from the negative impact of the Department of Justice’s Operation Choke Point?

[Editor’s note: This is the DOJ’s initiative to curb fraud and money laundering by investigating banks with ties to certain companies and industries, pushing them to sever some of those relationships. Because of the cash nature of the amusement industry, some operators have found themselves facing bank account closures.]

A:  Since taking the reins as president, I’ve been reminded of one of AMOA’s greatest strengths: the level of engagement and commitment from our volunteer directors and association staff. As an active member of the board for the past nine years, I’ve witnessed this on a regular basis. However, putting on a new set of lenses when becoming AMOA president opened my eyes to just how much AMOA accomplishes on a daily-basis for the betterment of our industry.

I can honestly tell you that there is no better time than now to be in this industry, and it’s an honor to be serving at the helm of AMOA. One of the privileges of being president is having the opportunity to engage with AMOA members across the country throughout my term. The message I intend to share during my travels this year is you must be “positively engaged” if you want to evolve and stay relevant.

In late April, I began my travels with a visit to the AMOA-NDA 2017 Team Dart in Las Vegas. It was an impressive event and this year’s tournament attracted 2,700 players, up over 400 players from last year’s competition. Many of the members I spoke with during my visit appreciate the shorter tournament format and the changes made to this year’s Team Dart experience.

In May, my travels continued to Chicago to take part in the annual budget meeting for the AAMA/AMOA Amusement Expo International. Representatives of both AMOA and AAMA met with show management at the W. T. Glasgow offices where we had a very productive meeting. Both associations are working together to create some exciting new enhancements for the 2018 Expo, so stay tuned!

A highlight for me this year will be attending many of the state association annual meetings across the country. My first state visit was to Oregon in late May where they had an impressive turnout. Visiting our members in their home states not only gives me the opportunity to share
my message, but to hear about the challenges, and successes, our members are experiencing. As of this writing, I’ve just returned from another impressive gathering in Texas and just arrived in Chicago for the Illinois meeting.

Visiting with these groups reinforces know-ledge that each state has its own challenges, but also that we have much in common. Clearly, one commonality is legislative advocacy.

Over the past year, you’ve seen a lot of focus on Operation Choke Point. Just over a year ago, AMOA learned of this initiative and its negative impact on some members. Since then, we’ve been gathering information and earlier this year visited with key congressional offices, as well as the Ameri­can Banking Associa­tion, to let them know the damaging effects this initiative has had.

To date, the focus has solely been on Operation Choke Point. However, as we continue to work this issue in Washington, we are finding it reaches beyond this single initiative to a larger scope: the over-regulation of small business, especially when it comes to banking, and even more so to cash businesses.

But as mentioned, the AMOA office has seen a dramatic uptick in phone calls coming into the association headquarters advising us of notifications received from operators’ banks advising they are abruptly closing all accounts. This notification commonly comes as a form letter with absolutely no explanation given or provided opportunity for recourse. We’ve also been receiving word that some members are receiving intrusive questionnaires from their banks as well.

This week, AMOA’s Government Relations Committee Chair Emily Dunn and Executive VP Lori Schneider will be making a special trip to D.C. to meet with congressional offices once again on this issue. Immediately following the visit, AMOA will be adding information to its Legislative Advocacy section of amoa.com which will include a portal to report account closures or other banking concerns as it pertains to members businesses.

We encourage any AMOA member who would like to “engage” and be part of the AMOA delegation on future D.C. visits to contact the association office.

Positive engagement extends beyond legislative advocacy though, and AMOA is focused on other initiatives such as education and member programs. You’ll hear more on this in the coming months, however, we recently announced the theme for this year’s On the Road Continuing Education Program: “The Amusement Evolution Continues.” The Fall event will take place in Denver Oct. 28-29 and topics will include cashless technology, marketing and promotions, and how to manage a multi-generational workplace.

It’s evident that today’s owner/operator continues to be passionate about the industry. I see the increased level of positive engagement taking place on my travels. Just as our members continue to focus on evolving and diversification, so does AMOA. I’m proud to say we’ve been evolving for almost 70 years.
[Editor’s note: Want to learn more about Operation Choke Point? Among other sources, read the great guest essay on the DOJ initiative by Phil Webb of PDQ Merchant Enterprises in the October 2016 issue of RePlay, pages 44-47.]

Rick LaFleur brings a wealth of experience to his term as AMOA president from running the I.F. LaFleur and Sons multi-generational operating company in Devils Lake, North Dakota. Seeing the job as an opportunity to give back, the genuine and likable LaFleur has a tremendous amount of optimism for the industry as it embraces opportunities and navigates challenges ahead.

Rick sees collaboration within the industry as a key way to ensure success, whether that be with technology, products or growth in new directions.

“It’s fun to see the brilliance that’s out there and the solutions people come up with,” says Rick. “I like to think every problem has a right road to take. The key is finding it! Not every turn will be a perfect one, but if you make as many good turns as you can, you’ll be okay.”

LaFleur credits his father for a lot of what he learned about the industry and life, saying he was a goodhearted man who had the foresight to provide his two sons with the room to grow into success. He hopes to emulate that as he takes over the new role at AMOA…and if you’ve ever spent any time with Rick, you’ll know he’ll be successful at it.